Is salvation free? This was completely unimaginable to the first century AD world. It is in this backdrop that the apostle Paul wrote his letters. He preaches the death and resurrection of Jesus Christ and the fruit of salvation and a new life for believers.

Out of the twenty-seven books that compose the New Testament, thirteen of them have traditionally been attributed to Paul[1]. These books were originally letters of guidance to the new believers that had accepted Jesus Christ as the Son of God and Savior during his church-planting missionary trips[2].

These brethren were spread out throughout the Roman empire, so Paul used letters to expedite support to congregations lacking understanding and assurance of their faith.  Although each congregation had different needs, almost all his letters included a similar underlying message of assurance. They needed assurance in the salvation they had received by believing in Jesus. And they needed instruction on how to live as new creatures in Christ. 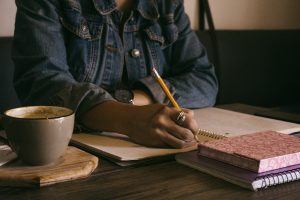 Before teaching how to live as a new creation in Christ, Paul spent significant time explaining humanity’s need for a new life in Christ. To the Roman church he wrote, “there is none righteous, not even one.”[3] He claimed that even those who best observed God’s Law were unable to achieve righteousness through their effort.

This was not ideal for Paul’s audience. On one hand, the Gentiles had been known to have lived lives unworthy of God’s promises. On the other hand, the Jews had elevated the law beyond its ability, turning it into an idol that they thought could save. Paul wrote that only by having faith in Jesus, who is able to justify the ungodly, can one be made righteousness (Rom. 4:5).

SAVED BY GRACE THROUGH FAITH

Paul makes the Ephesian church aware that they were saved by grace through faith; not by works lest anyone should boast, rather it was given to them as a free gift from God (Eph. 2:8). It is unlike any other transaction known to men, in which rewards need to be earned or paid. But how could Jesus have the authority to give this gift? Wasn’t Jesus just an ordinary man?

To answer, Paul writes that while “He [Jesus] existed in the form of God, He did not regard equality with God a thing to be grasped, but emptied Himself, taking the form of a bond-servant, and being made in the likeness of men. Being found in appearance as man, He humbled Himself by becoming obedient to the point of death, even death on a cross” (Phil. 2:6-8).

Here, Paul explains that Jesus was in fact God, the Creator, who made Himself of no reputation by becoming the person of Jesus. He came to dwell among men, whose wages were death because of their sin (Romans 6:23). Yet God, instead of requesting that payment from man, “made Him [Jesus] who knew no sin to be sin on our [human’s] behalf” (2 Cor. 5:21).

God appointed His Son to no ordinary death, but death on a cross which was reserved for the cursed (Gal. 3:13). This act of love, the death of Jesus in the place of sinners (Rom. 5:8), is known as the sacrifice of atonement,[4] a central theme of Paul’s writings.

Now, salvation through the death of Jesus could quickly become static and irrelevant to people if it stood alone in God’s redemptive plan for humanity. Knowing this, Paul reminded the Corinthians that God intended for salvation to be dynamic and personal through the resurrection of His Son, which was testified in the Scriptures (1 Cor. 15:3-4). The resurrection of Jesus, therefore, becomes central to believers and a major subject of Paul’s writings.

Paul elaborates on the resurrection of Jesus throughout his epistles, describing the short-term and long-term implications. This subject is so important to Paul that in 1 Corinthians 15 he explains that even if it is difficult to grasp, which is likely the reason many tried to discredit the idea (15:12), the faith of believers hangs on the fact that Jesus resurrected bodily (15:5-7). If this were not true, then their preaching and faith were in vain (15:14) and they were rendered the most pitiable of all men (15:19).

But this was not the case. Paul reassures the believers of Corinth of the firm foundation the resurrection of Jesus is for all. They could rest assured of their hope to receive a similar inheritance at the second coming of Jesus Christ (1 Cor. 15:23-24). This was the long-term inheritance, a crown of righteousness, eternal life which Paul fought for and encouraged his disciples to do likewise (1 Tim. 4:7-8).

For the shorter-term, Paul elaborates on the implications of Jesus’ resurrection in the life of believers. They could no longer live in darkness as they used to. Through baptism into Christ Jesus, believers buried their old-self with Christ, and were similarly raised, as Christ was resurrected, to walk in newness of life (Rom. 6:3-4). All who are in Christ have become new creatures and the love of God controls their new life, which they live for Him who died on their behalf (1 Cor. 5:14-17). 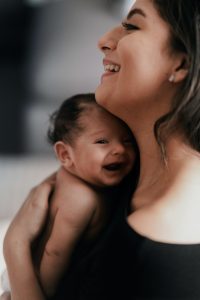 Paul urged the new life of believers to be evident and tangible. He exhorted those in Galatia to overcome the desires of the flesh by walking in the Spirit (Gal. 5:16), which was given to believers as a pledge, or down payment until the fullness of their inheritance is received (Eph. 1:13-14). The personal involvement by God in the lives of His children is evident through the work of the Spirit in changing the lives of believers.

Paul writes of himself, “I have been crucified with Christ; and it is no longer I who live, but Christ lives in me” (Gal. 2:20). It is the new person filled by Christ that is able to replace the deeds of the flesh like “immorality, impurity, sensuality, idolatry… and things like these” (Gal. 5:19-21), with the fruit of the Spirit such as “love, joy, peace, patience, kindness, goodness, faithfulness, gentleness, self-control” (Gal. 5:22-23).

PAULS’ FOCUS ON SALVATION AND NEW LIFE IN CHRIST

The teachings of Jesus’ death, resurrection, and their relationship to salvation and the new life in Christ, both now and to come, were some of Paul’s focus in his thirteen epistles. As a leader, he fought external fronts like polytheism, Stoicism, paganism, and internal fronts like the return to the Law as a mean for justification,[5] for the sake that none fall away from the truth.

Paul insisted that Jesus who died and was resurrected was the He who was preached throughout Scriptures that would justify His people. It was the same God who provided the sacrifice of atonement in His Son, that gave believers access to salvation.

Finally, Paul reminds his co-laborers of the personal involvement God wants to have in the lives of believers through the Holy Spirit. The new life offered in Jesus was not only something to long for, but something to experience now.

[3] Romans 3:10, (NASB) Unless otherwise noted, all Bible references are from the New American Standard Bible.